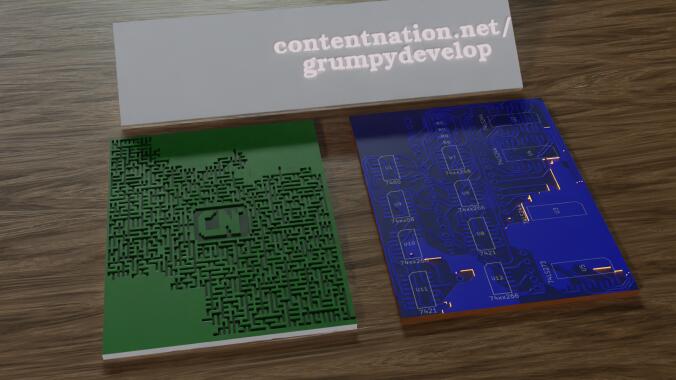 Introduction to the Path animator tool

This is a description and a how-to to create interesting animation using a custom tool and a animation/3D-Rendering tool like blender.

Let's start with a demonstration

The tool itself can be found at https://git.contentnation.net/grumpydevelop/pathanimator. But don't rush there yet, read on first.

The tool itself does not create the animation, it creates an image that can be transformed to an animation in tools like Blender. Exact details and how-tos in a separate article.

The tool itself is build as a framework where multiple algorithms can be used, but at the time of the release, only one algorithm is build.

To use the image, you need a linux computer (no support for windows or mac yet, but should be easy portable), a c++ compiler toolchain with cmake and the imageio library. There are no prebuild binaries.

To compile, use the usual procedure, check out the git repo, go into the c++ direction, create a build directory (or don't ;) ) and run cmake from there. This should create a pathanimator binary.

Now there is a browser based version made in JavaScript. Details on the second article in this series.

Next, you'll need a source image (rgb, no alpha) to trace the path.
Something like this: 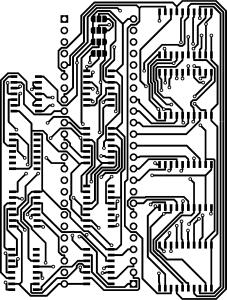 The brighter the pixel in the image, the easier to travel along the path. Notice on the full-size image, there are sneaky gray paths to the circles in the middle. these come in handy in the distance path algorithm.

To convert the image, run

Currenty there is only the Distance Path algorithm available, which if described below.
But to give you a preview calling

results in an image like this (only red channel is shown) 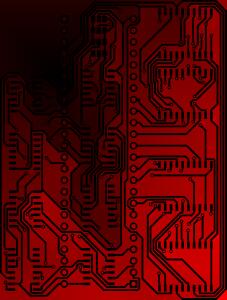 The brighter the pixel, the farther away it is.

Using this as a texture and a bit of magic results in the animation in the beginning.

This algorithm uses a simple distance calculation based from one or more start points.

Arguments are path-able weight, blocked weight, visible path threshold, max distance, pairs of x,y coordinates to where to start from.

In a follow up article, I'll explain the setup in Blender to make it usable.